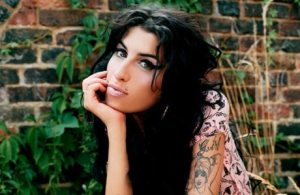 How long do you take to grieve a loved one that you have lost? A month? A year? Forever? Although I must admit that using the term loved one isnt specific enough since it can range from your mother to the ex you are still in love with.

I hate compartmentalizing things into strict groups since it doesn’t help me in my decision making or help in better describing people and their complex behaviours. A straight-jacketed view of life leads to poorly thought out and straight-jacketed actions. But I also suspect this might actually be as a result of my slightly claustrophobic tendencies. Who knows!

So I like to keep my definition of the phrase loved ones open ended. So my loved ones could also include my favourite singers, painters and film makers. This might sound too intimate a term for people you havent met for some but for me it is just perfect. So it is with great sorrow, albeit without tears, that I mourn the passing away of one of my favourite singers, Amy Winehouse. I do this differently though, my grief is also filled with some retrospective giggles of me listening to her with eyes closed.

I received the news from BBC literally within minutes of the London Metropolitan Police confirming her death, on my twitter feed. I nearly dropped my cell phone with a short but loud exclamation of ‘Aaaah’, when I did. Members of my family were startled with the youngest one asking me what the problem was. Amy Winehouse is dead I repeated without knowing how my lips and my as at then blank and vivid brain at the same time put those words together. She was dead . The faintest of hopes I had that the ever reliable BBC would this time be wrong were extinguished by the hundreds and then thousands of twitter messages and ‘retweets’ that confirmed it.

Some idiots made and are still making jokes about her passing away with some saying that the ‘Wine’ in her surname was to blame for her death since the rumours flying around then and now are that she over dosed on booze and drugs.

Her troubles with alcohol and cocaine addiction are legendary and well talked about. I am not going to be discussing them here. What I want others to remember her for was the talent she had and fulfilled, some singers don’t get to sell ten thousand copies of their albums, she sold millions. Even though some might argue that the true realization of one’s talent is proof in it being long lasting. Out living the criticism and cynicism that come with the industry.

She was breath-taking in her delivery on the mic. Many critics even likened her to soul musicians from the past when she sang, but I say she was without a doubt, unique in every sense of the word. How many of them had the tattoos of pinup girls she had on her arm to the beehive hairdo she seemed to never drop, not even in the shower or her flaws as a human being for being weak willed and like she once said, always listening to her inner-child and nobody else and the demons that eventually drove her to her grave.

She was the complete package. The classic tortured artist. So to take her good parts without balancing them out with the bad takes away from the memory of her existence. So to that effect I say there wasn’t and never will be anyone else like her.

This loved one of mine will be forever missed. Forever mourned. Forever emblazoned in my mind’s ear and my heart as an artist of life itself. No matter that she failed to conquer and live the life she was meant to live. But who are we to judge the quality of someone’s existence because it lacked longevity. She more than made up for this by teaching us a very hard lesson in the failure to master one’s will over the deadly pleasures of this world.

Remember that saying that just before you die, your life flashes before you? Well I happen to be one of those people who suspect this might be true. So naturally my already busy imagination, kicked into over-drive yesterday when for the fifth or so time I met another old school mate of mine within the space of a week.

Later, I got some help in the shape of, mum. I became calmer. It’s actually a good sign she says, but I wonder if this calm will see me through when I see Mameri from class three.

Error: Twitter did not respond. Please wait a few minutes and refresh this page.